Chernobyl, known for its 1986 nuclear accident, can be visited with a guided tour. The area also includes the desert town of Pripyat. The nuclear accident in 1986 brought the cities of Chernobyl and Pripyat to the attention of the whole world. Thirty years later, the Chernobyl region is a travel destination with an apocalyptic horror romance that leaves no one cold. 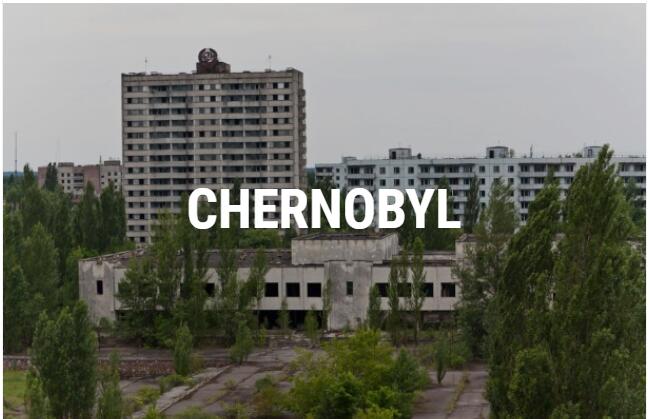 The most serious nuclear accident in history

April 26, 1986 is one of the darkest days in world history. On that day, the four-reactor of the Chernobyl nuclear power plant in the territory of the then Soviet Republic of Ukraine exploded. The explosion was due to an experiment performed during the periodic maintenance of the reactor. As a result, a large amount of radioactive contamination spread from the power plant.

Initially, the Soviet authorities concealed the explosion. When radioactive radiation was detected in Finland and Sweden two days after the explosion, the Swedes reported the matter and began investigating it. The direction of the wind pointed to the Soviet Union, but local authorities denied the radiation came from their area. It was not until the late evening of April 28, 1986, that the Soviet Union briefly reported the accident in its evening news.

Although the nuclear power plant accident was initially kept hidden, residents of the town of Pripyat, adjacent to the nuclear power plant, were evacuated the day after the accident. Residents were not initially told about the accident. Many left their homes in the belief that they would be able to return in a few days. As the severity of the accident was determined, it became clear that no one would return permanently to Pripyat.

Later, the evacuation area was extended to a radius of 30 kilometers from the reactor. An estimated 135,000 people had to leave their homes permanently.

From the accident area to a tourist destination

The Chernobyl region is not an ordinary attraction. Tourists have only gotten there since the early 2000s. The area is still surrounded by a 30-kilometer protection zone, which cannot be accessed without official permission and a legalized guide. There is also a more closely guarded and less polluted 10 km protection zone within the protection zone. Within it are the city of Pripyat and a nuclear power plant.

The area is 2,600 square kilometers and houses the small town of Chernobyl, which gave its name to nuclear power, and the desert town of Pripyat. The city of Chernobyl is still home to about 3,000 people within the protection zone. Some are residents who have returned there, but the majority are people working in various positions in the area of ​​the nuclear power plant.

Tourists to the area are especially attracted to the desert town of Pripyat, which has been in decline for 30 years in peace. Houses and streets have deteriorated and deteriorated as nature took back its own. Indeed, many are familiar with the Chernobyl region from photographs taken of Pripyat, especially from a dilapidated amusement park whose ferris wheel never had time to take up.

Many are pondering possible radiation exposure during their visit to Chernobyl. Thirty years after the accident, the Chernobyl region has on average the same amount of radioactive radiation as in the center of Kiev. The amount of radiation received during a day trip will be lower than on an intercontinental flight.

There are still places in the area where there is an abundance of radioactive radiation. They are marked with radiation warning signs. In addition, these places are visited quickly or not at all. The most dangerous place in the area is an exploded reactor. You can only see the reactor at a distance of just over a hundred meters for a few minutes.

To ensure safety, the guides come with radiation meters from which they monitor values ​​throughout the trip. If desired, everyone can also rent their own meter.

During the trip, it is important to follow the safety instructions in the guides. So don’t eat the area’s fruit trees or berry bushes or sit on the ground.

Good to know about the Chernobyl region

Chernobyl is not a tourist destination that Ukraine wants to attract visitors, so the region is not maintained in terms of tourism. Inside the protection zone, there are about a hundred abandoned buildings, some of which are in dangerously poor condition. They are allowed to continue to decay in peace. If you want to visit the Chernobyl region, you should not wait too long, because nature is taking over the area more and more. HBO’s hit series Chernobyl, released in 2019, has sparked tourist interest in traveling to devastated areas.

Chernobyl is best suited for the open-minded adventurer. The places to visit are beautiful and emotional in all their barrenness. The area is difficult to reach in some places, so not all destinations are suitable for the disabled.

Visitors to the area must follow the instructions provided. The passport must be kept with you throughout the stay. To get to the area, you must wear long-sleeved and long-legged clothes and closed shoes. Eating and drinking are restricted, and berry bushes, for example, should not be tasted due to the danger of radiation. When leaving the area, everyone must pass through a radiation measuring device. If radiation is detected, for example, in clothing, they must be left at the border of the protection zone before leaving the area.

Before the trip, it is worth getting to know the history. There is a Chernobyl Museum in Kiev, which provides a comprehensive account of the accident, the clean-up work and its consequences. The majority of the texts are in Ukrainian or Russian, but an audio guide in English can be rented for a few euros. The tour lasts just over an hour.

Climate in the Chernobyl region

Chernobyl is located in northern Ukraine near the Belarusian border. The climate is mainly temperate and continental. Summers are warm and occasionally hot. Winters, on the other hand, are cold.

The best time to travel to the Chernobyl region is spring or autumn, when the climate is pleasant and temperatures are moderate. In summer, the wild vegetation obscures the places to visit and impairs visibility. In addition, the heat may be suffocating. In winter, snow makes it particularly difficult or even difficult to get to Pripjat.

FLIGHTS, ACCOMMODATION AND MOVEMENT IN THE CHERNOBYL AREA 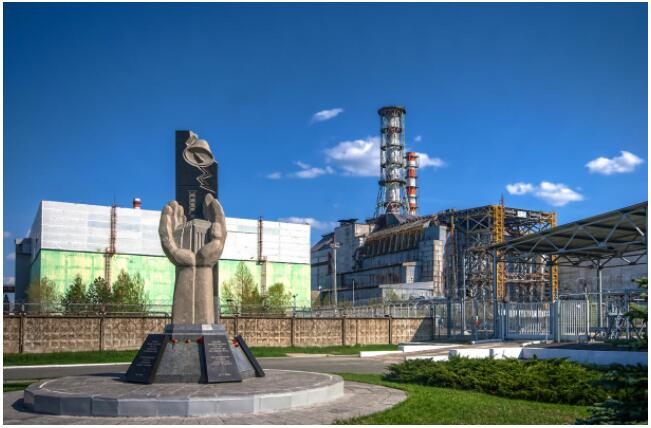 Chernobyl is a rugged place to visit that interests many.

To get to Chernobyl, you have to fly to Ukraine. There is a direct flight from Helsinki to Kiev with Ukraine International Airlines. The flight takes about two hours. It is also possible to fly to Kiev via Riga , for example, via Air Baltic. With the change, the travel time will be at its fastest about four hours.

Flight prices vary according to the season. At its cheapest, direct flights to Kiev cost about 200 euros. You may receive a stopover flight for about 120 euros.

You can get to Chernobyl from Kiev by taking a guided tour, either in a group or by hiring a personal guide. Self-employment in the Chernobyl region is not possible.

Accommodation in the Chernobyl region is very limited. There are only a few hotels in the city of Chernobyl where groups can stay if they wish. You can’t get to the area on your own, and a lot depends on the tour operator where the group stays. Some tour operators offer accommodation at the time of booking, but in practice the guides are happy to accommodate the group in the same place.

Accommodation options include the guesthouse-inspired Tourist Hotel Rektan and the Soviet-inspired Hotel Pripjat are both very simple and simple accommodations. More quality accommodation is offered by Orane, whose luxury cottages, however, are quite standard.

When staying in the Chernobyl region, it is good to remember that there is a ban on going out at night. The ban must be complied with.

Getting around the Chernobyl region

In the Chernobyl region, you can travel from one destination to another with a driver by car or minibus. You can’t get to the area at all without a guide, so you can forget about renting a car and taking an independent trip. It is also useless to dream of exploring the area, for example by bicycle.

Places to visit can be reached by car and explore the places on foot. The area is difficult to navigate in some places due to vegetation and decay, so it’s worth investing in footwear and watching where you step. It is also not worth going horticulture anywhere, as there are dangerous places in the area. It is best to follow the instructions in the guide. Also bring a flashlight, as some items are really dark.

There have been opponents of the EU for a long time, especially among the Conservatives. When these and other EU skeptics in […]

From the Theban school came Eupranore from the Isthmus, who was also a sculptor, and who actually belongs to the Attic school, […]

According to COUNTRYAAH.COM, England is part of the United Kingdom and is located together with Scotland and Wales on the island of […]