Overall, Cuba has a high trade deficit, which means that imports clearly exceed exports. However, the service sector (tourism, health care) ensures an almost balanced current account. The country’s hopes lie in biotechnology, in developing its own offshore oil fields, in tourism and in the health sector. Cuba can hardly raise the necessary investments on its own, which is why, for example, licenses have been granted to Venezuela, Russia, Spain and China for oil production.

An invention of the indigenous people, the Arawak Indians, made Cuba world famous: cigar smoking. After the conquest between 1508 and 1511, the Spanish colonial rulers profited greatly from tobacco cultivation, and had the island’s extensive forests cut down in favor of plantations. The extinction of the native Indian population and their replacement by African slaves mark the darkest chapter in Cuban history.

The uprisings of the African population against Spanish rule were supported by the USA from 1868 onwards; the most important result was the abolition of slavery. After a war between Spain and the United States, Cuba fell to the United States in 1898. In 1902 the island achieved a pro forma partial independence, but the time as a US colony practically only ended with the victory of the rebels led by Fidel Castro over the dictator Fulgencio Batista in 1959 the then existing economic relations between the USA and Cuba came to an end. The one-sided orientation towards sugar cane plantations, the practically colonial status of the country and the trade barriers since 1960 are classified as external development barriers,

A socialist state system was introduced in Cuba from 1961. Through the expansion of the education and health system and the promotion of rural areas, the living conditions of the poor sections of the population were considerably improved. The development of cities has only received new impulses since the 1990s.

Membership in the COMECON (Council for Mutual Economic Assistance), the economic organization of socialist states, established a division of labor with the countries of the former Eastern Bloc: Cuba supplied agricultural products, nickel and chromium and received food, oil and industrial goods at low prices. With the collapse of the Eastern Bloc in 1990, these preferred markets quickly collapsed, and with it 85 percent of foreign trade. Cuba had to completely reorganize its foreign trade relations. This led, among other things, to a comprehensive supply crisis, a significant decline in the transport sector and frequent failures in the power supply. Production in agriculture and industry fell to a fraction of its capacity in the 1990s. The resulting shortage in almost all areas of society could only be moderately alleviated by rationing. The black market flourished. The state reacted by legalizing the formerly banned free farmers’ markets as part of reforms from 1993 onwards.

THE EVOLUTION OF SUGAR PRODUCTION

Cuba’s agriculture makes a significant contribution to the gross domestic product. It is best known for sugar, tobacco and rum. The example of sugar is symptomatic of the Cuban plantation economy, which is heavily dependent on external trading partners and resources.

Sugar cane has been grown in Cuba for the world market since the 19th century. The cultivation was expanded during the US colonial times. The plantations were largely owned by the Americans, and the US also received the economic proceeds.

After the 1959 revolution, the sugar plantations and the sugar industry were nationalized and further expanded. The Ministry of Sugar wanted to produce a record amount of 10 million tons by 1970, which was not possible despite mechanization, irrigation and the use of artificial fertilizers.

After 1990, the loss of the sales markets in the Eastern Bloc and the preferential prices forced Cuba to sell its sugar at lower world market prices. At the same time, sugar production fell by half between 1989 and 1993 due to a lack of raw materials, so that the existing supply contracts with Russia could no longer be fulfilled. As a result, the Russian oil deliveries failed, which further exacerbated the economic crisis in the country.

After 2002, more than half of the sugar factories in Cuba were closed in favor of food production for the local population and the area under cultivation for sugar cane was massively reduced. Production fell from 6.6 million tons in 1991 to 1.8 million tons in 2013. The amount of sugar exported fell sharply after 1990. 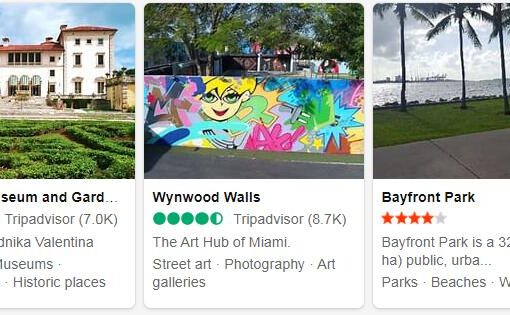 According to acronymmonster, the southern state has so much to discover for its guests that you don’t really know where to start. […]

Barbados – one of the most colorful islands in the Lesser Antilles chain – was discovered by Portuguese sailors in 1536. Because […]