Far in the southwest of Morocco, in an area formed by the barren plateaus and fertile valleys of the Anti-Atlas, lies the small town of Tafraoute. It has the charm of a large Berber village and is often referred to as the “Pearl of the Anti-Atlas”.

Surrounded by a fascinating landscape, Tafraoute is around 150 kilometers from the nearest tourist center, Agadir. It is therefore rarely used as a stop on a study trip through Morocco and is mostly visited by tourists who take a trip from Agadir or Marrakech to the charming hinterland of these holiday destinations. Impressed by the granite landscape surrounding the city, the pink and ocher colored houses and kasbas, some of which are embedded between bizarre granite rocks, are admired. This place, mostly inhabited by Berbers, is particularly attractive in January and February, when the blossoming almond trees transform the valley of Tafraoute into a colorful bouquet of flowers.

The secret of the blue stones

The Belgian-born French painter and sculptor Jean Vérame is dedicated to the art of nomadic peoples. This results in artistically intended interventions in certain landscape forms, which are expressed in painted rock walls, stretches of beach or even landscape zones.
In 1984 Vérame succeeded in an impressive, multi-dimensional work in which he painted granite rocks of different sizes at a height of around 1,200 meters on an area of ​​almost two square kilometers above Tafraoute. The up to 30 meter high granite chunks were painted entirely by hand. The not undisputed artist used around 18 tons of paint, preferably blue, for this. The “blue stones” of Tafraoute, which tower impressively into the blue sky, are flanked by some boulders painted purple, red and black.

The granite blocks, ground round by the erosion and then painted, have lost part of their original luminosity in the often merciless Moroccan sun. Therefore, many of the blue rocks have now been painted a second time. So they are still worth a visit today.
If the course of the trip or an excursion permits, the rather strange effect of these natural sculptures is best admired early in the morning. Then you can walk in peace between the rocks without being exposed to the hottest temperatures.

Ait-Ben-Haddou is a fortified village in Morocco. It is located slightly south of the center of the country in the Souss-Massa-Draâ region. There it is only a good 100 kilometers southeast of Marrakech at the foot of the High Atlas. Its inhabitants are mainly members of the “Ben Haddou” tribe. Aït-Ben-Haddou consists of an old town center and a newer part of the village. The town center has been a UNESCO World Heritage Site since 1987. Aït-Ben-Haddou is about 1300 meters above sea level, next to a mostly dry river.

Aït-Ben-Haddou is one of the few mud-built villages that are still well preserved. It consists of “residential castles”, so-called “Tighremts”, and is surmounted by a fortress built in the 17th century, the kasbah.
The narrow, huddled construction of the square Tighremts makes the clay house village resemble a fortification. Similar in color to the mountains on whose foothills they are built, the buildings seem to blend in almost naturally. Some families still live in the old town center. Most of the residents of Aït-Ben-Haddou now live in the new part of the village on the other side of the river.

The year the fortified village was founded cannot be clearly determined. Various sources indicate a possible period between the 12th and 16th centuries. The work and activity of the Ben Haddou tribe can be traced back to the 11th century; Ait-Ben-Haddou was an important trading point on the old caravan route from Timbuktu to Marrakech.

Due to its specific architecture with high recognition value, Aït-Ben-Haddou has served as a backdrop in many classic films since the 1960s, including “Lawrence of Arabia”, “The Mummy” and “Gladiator”. Some scenes from the successful fantasy series “Game of Thrones” were also shot here.

Due to its central location in the country, its unique architectural style and its history dating back to the Middle Ages, Ait-Ben-Haddou is one of the great sights of Morocco. It can be reached from Marrakech by bus, rental car and taxi. However, the bus only brings travelers up to a few kilometers from the village, so arriving by taxi is recommended.

A wonder of nature – the Ouzoud waterfalls in Morocco

The black continent is rich in wonders of nature, but one of the most fascinating scenic spectacles can be found in a region where you would not have expected anything like it – a thundering waterfall in the middle of a hostile desert of red rocks. Ouzoud is actually an insignificant Moroccan place, around two hundred kilometers northeast of Marrakech. But the accumulation of adobe buildings plays an important role in tourism in the North African country, because the waterfalls at the gates of Ouzoud are among the most unusual photo opportunities in Morocco.

All the colors of the rainbow

The river Qued Ouzoud makes its way over three cascades from the hills of the Middle Atlas in the province of Azilal. The masses of water plunge 110 meters into a valley bed. Nowhere else in northern Africa do holidaymakers encounter such a natural wonder. The red rocks form a picturesque backdrop, and the rays of the sun produce the colorful images of the rainbow almost at any time of the day. Ouzoud is also a popular destination for Moroccans. Gnarled olive and fig trees thrive on both sides of the gigantic waterfall.

The refuge of the Berber monkeys

Anyone who comes from Marrakech to the Ouzoud almost always ends up in one of the parking lots above the waterfall. From there it goes down into the valley of the river – past cafes, a few food stalls and kiosks with all kinds of souvenirs. At the foot of the waterfall, visitors can have local guides take them to the opposite bank. Those who are good on foot can use the stairs and land on a popular circular route. It leads in a natural environment past some traditional mills. Not far from the waterfall, the Imi-n-Ilfri Bridge, a natural rock arch with a stalactite cave, is another attraction of this area. Berber monkeys have settled in this unusual and water-rich place in the Middle Atlas and have apparently lost all fear of visitors in their refuge. However, they should not be fed.

HISTORY: FROM ITS ORIGINS TO 1960 It is problematic to say whether the coasts of Senegal were reached in ancient times: the […] 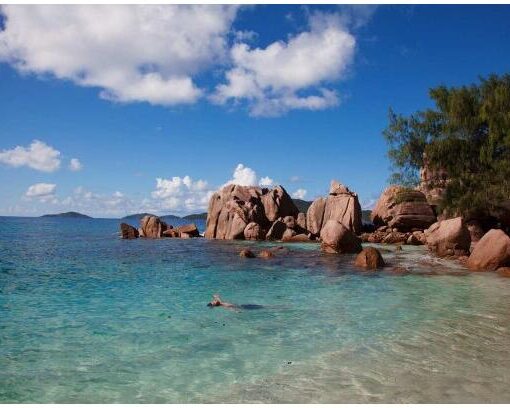 The Seychelles are a true gourmet’s paradise. Here you will find pleasures for many departures: sunbathing, diving, fishing, surfing or snorkelling. There […] 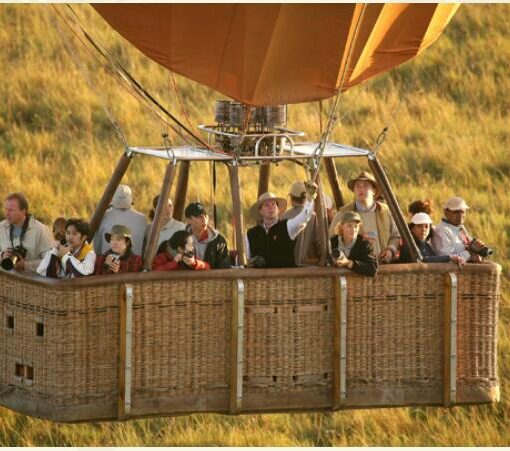 As a part of Kenya which is abbreviated as KEN by abbreviationfinder, Amboseli known for its large animals and elephant herds. It […]

Bordering Cameroon and Gabon, the small country of Equatorial Guinea lies on the west coast of Africa. Although it is rich in […]